The highly anticipated cultural landmark event of the decade, FUJI: A OPERA  was officially opened on the 14th of December 2020, at the Alliance Francaise de Lagos / Mike Adenuga Centre.

For a long time we have been champions of the Fuji cause and the day we have set aside to showcase Fuji like never before, is finally here – the Fuji: A Opera week, a showcase which promises to become a cultural landmark and a standard for any event of this kind.

General Ayinla Kollington, the Fuji icon who revolutionised the genre in the 70s by introducing Bata drums and effectively turning a large number of the Fuji audience to dancers, joined us today at the Alliance Francaise de Lagos/The Mike Adenuga Centre, Ikoyi. 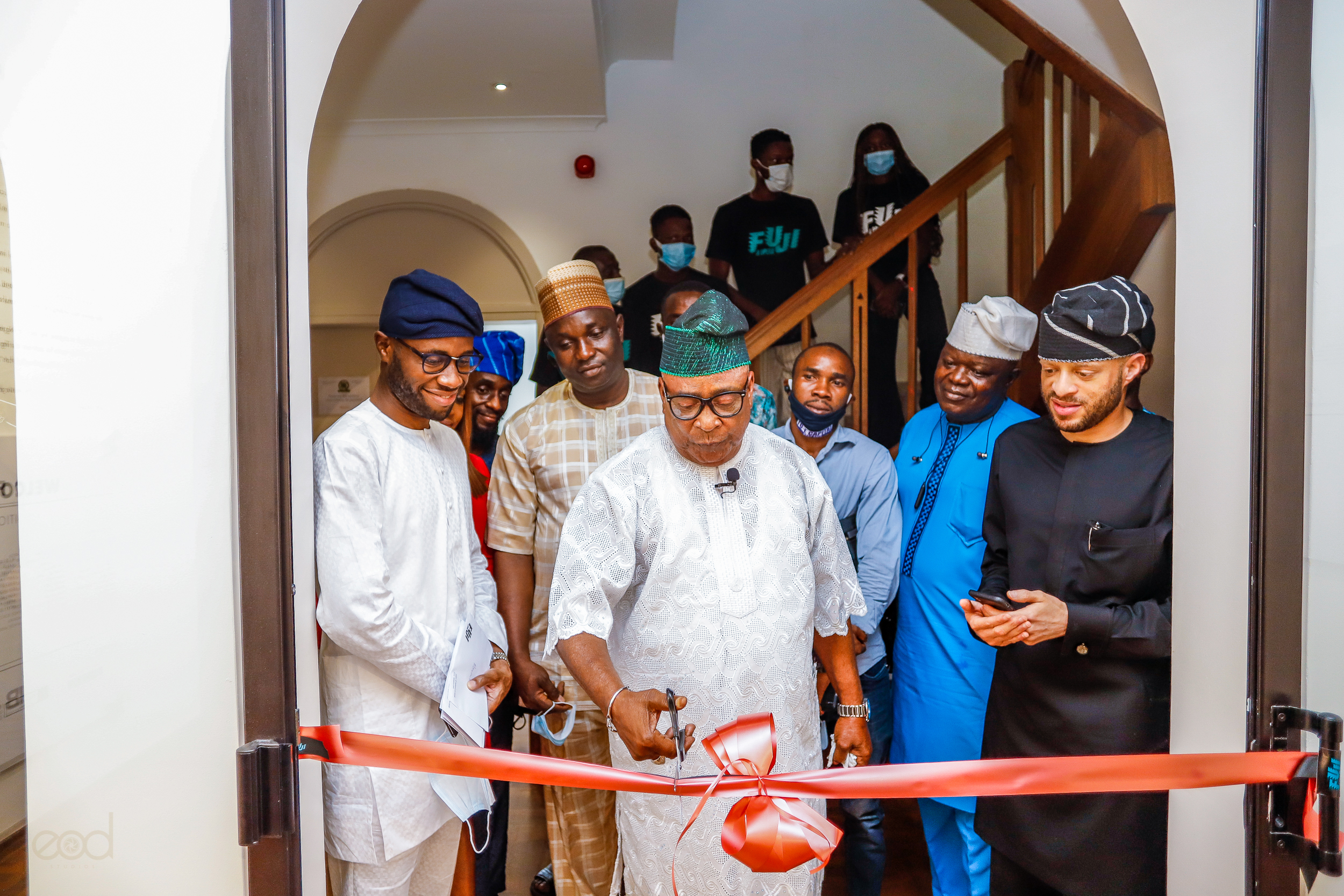 Trailed by friends and staff, General Kollington was walked through the exhibition by the creator of the event, Bobo Omotayo. He chronicled the genre by offering anecdotes on its history, much to the satisfaction of General Kollington whose smile went with light nods of the head.

Regally dressed in green and white, General Kollington moved from piece to piece, and would regularly give positive remarks on the work being done. One of the day’s major highlights was General Kollington recognising Chief Ayinde Sikiru Barrister as the creator of Fuji and himself, Kollington, as a close second in that hierarchy. As soon as he finished the exhibition, General Kollington sat briefly for an interview, and answered every question with a unique burst of warmth and grace.

From the magnificent sights of the exhibition to a moderated talk panel with some of Fuji’s biggest icons like King Wasiu Ayinde Marshall (KWAM 1) and Saheed Osupa, Fuji: A Opera is best placed to provide the extra your December is desperately in need of.  To Be A Part of This, Register Now at Eventbrite.

Your password reset link appears to be invalid or expired.

To use social login you have to agree with the storage and handling of your data by this website. %privacy_policy%

Hey Foodie! Before You Go…

Get kitchen tested recipes & food ideas right into your inbox!

Don't miss out on new posts!